This piece first appeared on The Tomkins Times on 24 August 2012.

Fellow Tomkins Times subscriber Neil Mundy recently wrote an interesting piece looking at how important a team’s performance against the other top sides is if they wish to finish in the top four, or win the league.

Using statto.com‘s Group Comparison function, I have looked towards the other end of the table in order to try to establish how relevant a team’s record against the bottom seven cannon-fodder is. As Liverpool’s primary aim this season will be to finish fourth, I have focussed my research here.

Of course, even before a season begins it’s fairly obvious who the members of the top/’big’ six are likely to be, yet surprise over- or under-performances by teams can make the final composition of the bottom seven a surprising sight come the end of the season; indeed, in the eleven seasons since a fourth place finish enabled Champions League qualification, both Manchester City and Spurs have finished in fourteenth, and you wouldn’t expect that to happen again any time soon.

Similarly, any conclusions from this article can’t instantly be applied; it’s impossible to say now which teams will take places fourteen to twenty in the table at the end of the season, so I can’t state “Liverpool must achieve X vs Y to reach fourth”; the findings will merely give an indication of how a team chasing a seat at Europe’s top table need to perform against the Premier League’s lesser lights.

The first thing to notice is that in very recent times, Liverpool’s form against the league’s bottom-scrapers has been disappointingly, or even embarrassingly, poor. From the 42 points per season available that they would expect to take the majority of, the Reds have only bagged 43 from the last two seasons combined, with last season pipping the season before by 22 points to 21. On both occasions, Liverpool haven’t even topped the mini-league of themselves and the seven worst sides in the Premier League.

No side who have finished fourth have taken less than 24 points from these fixtures, so the Reds clearly need to improve. Whilst it would probably be unrealistic to think that the Reds could win every single match home and away against the bottom seven teams in the division (as not even the Chelsea team of 2004/05 who had a record total points haul managed to), if they had done that last season then they’d have finished third, and in 2010/11 they’d have finished second, missing first place by just one point.

Think about that for a second. At the start of last season, following Dalglish’s hugely impressive caretaker stint, I’m sure most of us would’ve thought that Liverpool would have a fair chance of beating Stoke, Wigan, Aston Villa, QPR, Bolton, Blackburn and Wolves home and away, yet the Reds stumbled to four draws and four defeats in those matches. Those failures cost both Kenny Dalglish his job and Liverpool a shot at the 2012/13 Champions League.

As an aside from top-four matters, whilst the line that Liverpool failed to win the league in 2008/09 by dropping points against the smaller teams is often trotted out, the Reds in fact dropped just six points against the bottom seven sides that campaign, which is their best performance in the last eleven seasons. That said, one of their two defeats that season did come against a bottom seven side, as they went down 2-0 at soon-to-be relegated Middlesbrough.

But back to the immediate aim of fourth place in the league this season; what do Liverpool need to do to get there?

Teams finishing fourth when England have had a quartet of qualifying places for the Champions League have averaged 68.1 points in total, but more pertinently to this article, they have averaged 30 points against the bottom seven. The average return has been nine wins and three draws out of fourteen matches, so with only six wins from these matches in the last two seasons, it’s clear that Liverpool have fallen short.

With 42 points on offer against the worst sides, the Reds would obviously be very wise to collect as many as they possibly can. Look at it this way; a maximum haul from matches with the bottom seven would mean that only 26 points would be required from the other 24 games (so a rate of just 1.08 points-per-game) to meet the average required for a top four finish. Even the average fourth place return of 30 points leaves a team requiring 38 points from their other 24 fixtures. Would a return of ten wins and eight draws to achieve that be that intimidating?

These figures really put into context how important matches against the strugglers really are, as they can provide a solid plateau for an excellent League campaign.

Based on the odds for relegation at the time of writing, the bottom seven will comprise (from 20th upwards) Norwich, Southampton, Reading, Wigan, Swansea, West Ham and QPR.

Although Liverpool don’t face one of these sides until 29th September when they make the trip to Carrow Road, thereafter there are a couple of pockets of these theoretically easier fixtures; four out of five in late November/early December (though an away match at Spurs is sandwiched in the middle), and then five out of seven from late February onwards (with Spurs breaking up the spell again, strangely enough).

Of course, it’s easy for me to say these fixtures are all very winnable, but they haven’t proven to be in recent times for Liverpool. Whilst Reds fans like to belittle the likes of Dimitar Berbatov (for instance) by accusing him of boosting his goal tally by being a flat track bully and scoring a bag full against the struggling sides, in truth, that’s exactly the kind of player that Liverpool currently lack.

In some ways it’s not that surprising that the Reds have had difficulty with the lesser lights in recent times; if they’re playing one of these sides towards the end of the season, their opponents will be scrapping for their Premier League lives whilst Liverpool haven’t recently had a great deal to play for.

Look at last season; once the Reds had lost their chance of finishing fourth with defeat to Arsenal, they went on to drop points against three of the bottom seven, and only narrowly beat one of them (Blackburn Rovers) with a last-minute winner.

It’s Brendan Rodgers’ job to ensure that Liverpool do still have plenty to play for at the business end of the campaign this season. Whilst the Reds will surely dominate possession in the majority of these games, can they improve their incisiveness and shooting from last season to take a greater share of the points? If they want to finish in the top four, then they’ll realistically have to. 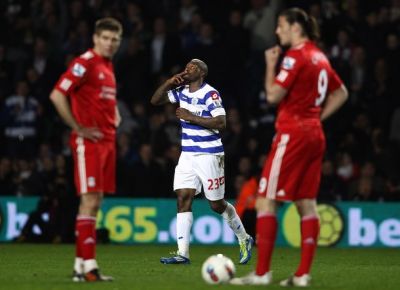