Following Pepe Reina’s part in Sergio Aguero’s equaliser for Manchester City in their 2-2 draw with Liverpool on Sunday, this tweet was in heavy circulation:

Reina‘s mistakes cost Liverpool 14 points this season. Without those faults, Liverpool would be in the 3rd place. (via Opta Stats)

Fourteen points sounds like a hell of a lot, so I thought I’d investigate. As with many ‘facts’ floating around on Twitter, it proved to be hugely far from the truth. 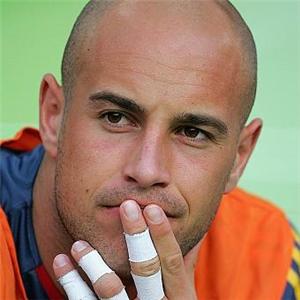 Using the data from EPLIndex, I was able to establish that errors by Reina have, at most, cost Liverpool a mere three points this season, and that is based on the assumption that the result would have remained as it was if the error had not happened, which is obviously impossible to prove.

For the record, his errors that have lead to goals have occurred in the following matches:

Tottenham Hotspur away (which, in theory would have been a 1-1 draw without the mistake, so one point lost)

Manchester City away (Two points lost on the assumption that the Reds would’ve have won 2-1 otherwise; they may not have).

As the error data is available back to 2008/09, I checked all of those seasons too, and found that at most, Pepe Reina has cost Liverpool six points in four-and-a-half seasons; barely more than a point a year, in other words.

This isn’t to say that I think Reina should be entirely exempt from criticism right now, as his form has been on the wane for some time, but he is definitely not as costly error-wise as the Twitterati may have you believe.

Related articles you may enjoy:

Rodgers Requires Reina – Pepe’s passing stats show what he offers that Jones can not.

11 thoughts on “The Truth About Pepe Reina’s Errors”