Whilst a month is a purely arbitrary timeframe, as I stumbled across Liverpool’s figures (here), I thought it’d be interesting to plot them on a graph to see how the team has progressed. You can’t really draw many firm conclusions from this, but it’s another different way to try to assess the season so far. 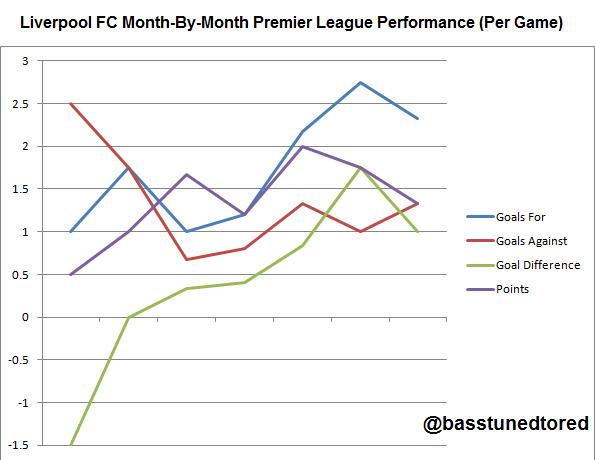 The key things to notice:

The Reds’ four fixtures in March yielded eight points last season (as you can see here), so a win at Wigan today would set them up nicely to try to improve on the figures this time around.