After a fantastic performance by Liverpool at Anfield, I thought it was worth collating a few of the amazing statistics from a fabulous night.

In no particular order… 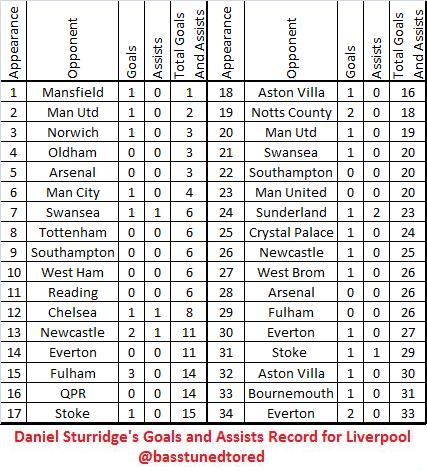 All in all, a pretty good night!

Henderson and Comolli – An in-depth look at Jordan’s creativity in his final season at Sunderland. Was Comolli right to rate it so strongly?

Solid Foundations – Whether Liverpool finish in the top four or not this season, I think they’re well set for another challenge next year, and here’s why.

Liverpool’s Chance Champion – A look at which Reds have created the most chances in 2013/14, and who has found the best areas most frequently.

How Many League Goals Can Suárez Score in 2013/14? – This features a forecast table, which is updated after every match.

5 thoughts on “Liverpool 4 Everton 0: Stats Round Up”