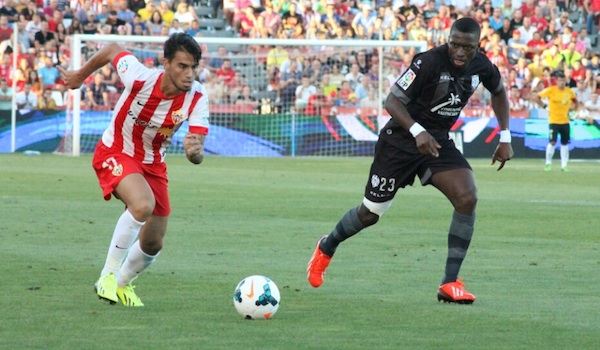 I recently took a look at Adam Lallana’s statistics from 2013/14, to see how he might fit into Brendan Rodgers’ Liverpool squad. I’ve now taken a look along similar lines at the form of Suso, to see what he might potentially bring to the Reds in 2014/15.

END_OF_DOCUMENT_TOKEN_TO_BE_REPLACED

This first appeared on The Tomkins Times on 4th July 2013.

Liverpool academy director Frank McParland and his team can be mightily pleased with their achievements in 2012/13. This season was a fantastic year for Liverpool’s academy, as several of its graduates made a real impression upon Brendan Rodgers’ first team.

Seven young Reds (Morgan, Suso, Wisdom, Yesil, Sinclair, Coady and Ibe) made their senior debuts for the club, and Raheem Sterling made his first start after three substitute appearances at the tail end of 2011/12, meaning that the Academy provided more new players for the first team than in any previous season in the Premier League era.

END_OF_DOCUMENT_TOKEN_TO_BE_REPLACED

I read an interesting stat on the @Optajoe twitter feed today:

6 – Liverpool have named three teenagers in their starting XI six times in the PL this season, no other club has done this once. Youth.

The famous trio is Raheem Sterling, Andre Wisdom and Suso, and here are the matches in question: