A well-worn statistic that I often sprinkle liberally on here is that only one in forty-four open play shots from outside in the penalty box results in a goal. The vast majority of them are little more than ‘hit and hope’ efforts, in other words.

It’s all about being in the penalty box yourself, and keeping your opponents out, as a much healthier one in seven shots (excluding penalties) from within the goal area finds the back of the net.

Using data from WhoScored, I have been able to compile these figures for Europe’s top five leagues to create a ‘shots in the box difference’ (SIBD) metric. The good news for Brendan Rodgers is that Liverpool have performed exceptionally well at both ends of the pitch in this regard this season.

END_OF_DOCUMENT_TOKEN_TO_BE_REPLACED 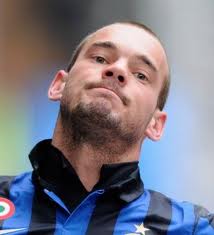 Although he was strongly linked with a move to Liverpool, it appears that Wesley Sneijder is going to sign for Galatasaray for a figure believed to be around £8.3m. I thought I’d take a look at whether or not the Reds have missed out by not bringing him on board; the stats at least suggest that in many ways they haven’t…