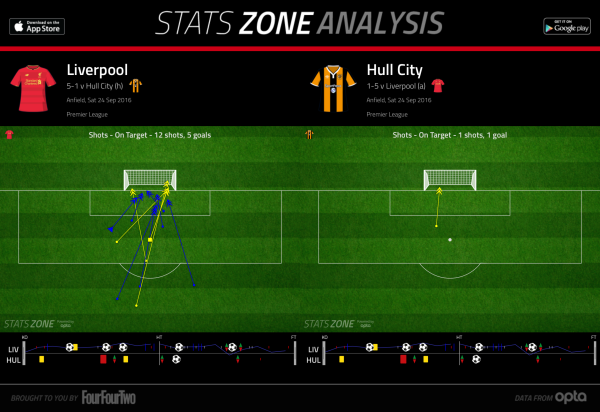 The Liverpool Echo had an article at the weekend which claimed to have ‘the proof Liverpool fans are right to be excited by start of season‘. It spoke of the Reds scoring four-or-more goals in the first two home games for the first time in the top flight since 1922, and scoring the most goals the club has managed in the opening eight games since 1895, and there were some impressive individual player stats from the Hull City rout thrown in too.

This is all well and good, but finishing can blow both hot and cold so for an amateur football analyst like myself a little deeper digging into the underlying numbers is required, and the good news is that the findings are both positive and, based on Klopp’s managerial history, entirely expected.