Following Roberto Di Matteo’s dismissal from Chelsea this morning, it appears that former Liverpool manager Rafa Benitez will be taking on the challenge at Stamford Bridge.

Predictably, the Chelsea fans were not enamoured with this news. After all, when Andre Villas-Boas was sacked, they spent their next match singing that they didn’t want the ‘fat Spanish waiter’, so nothing will have changed their minds in the intervening few months. A sample of tweets from Blues fans….

“I don’t care what people think of this, but if Benitez is our manager, I will never support him. No matter what he does”.

“Rafa Benitez coming to Stamford Bridge? No thanks, I think most Chelsea fans will be very unhappy with his appointment”.

And they’re just the polite ones! My admiration for Benitez is well-known (one of my better known pieces was a defence of his record after his infamous ‘rant’, which the man himself has apparently read), but a look at his record makes it seem baffling to me as to why Chelsea fans wouldn’t want him.

A look at the what he achieved in the league points-wise compared to Chelsea, in relation to the amount of money spent, shows just what Benitez can do:

Chelsea in last six years (so post bulk of spending and Jose Mourinho) – 3.03

With a transfer budget the size of Chelsea’s, Liverpool would have won the league, I have little doubt about that. I’ve also seen tweets concerned about Rafa’s style:

Sadly I’m not able to obtain creativity stats prior to 2008/09, but a comparison between Liverpool that season and Chelsea in the four full seasons since (including that one) shows there’s not a lot in it:

Not a lot in it. The sad thing is, in my opinion Rafa is too good for a trigger-happy classless club like Chelsea, but I wish him well for everything he achieved at Liverpool. Good luck, Rafa. 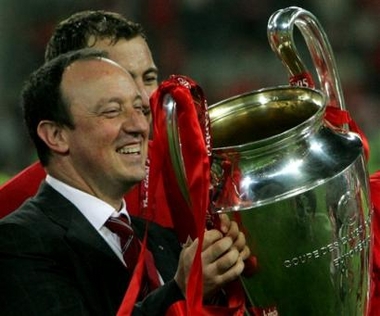